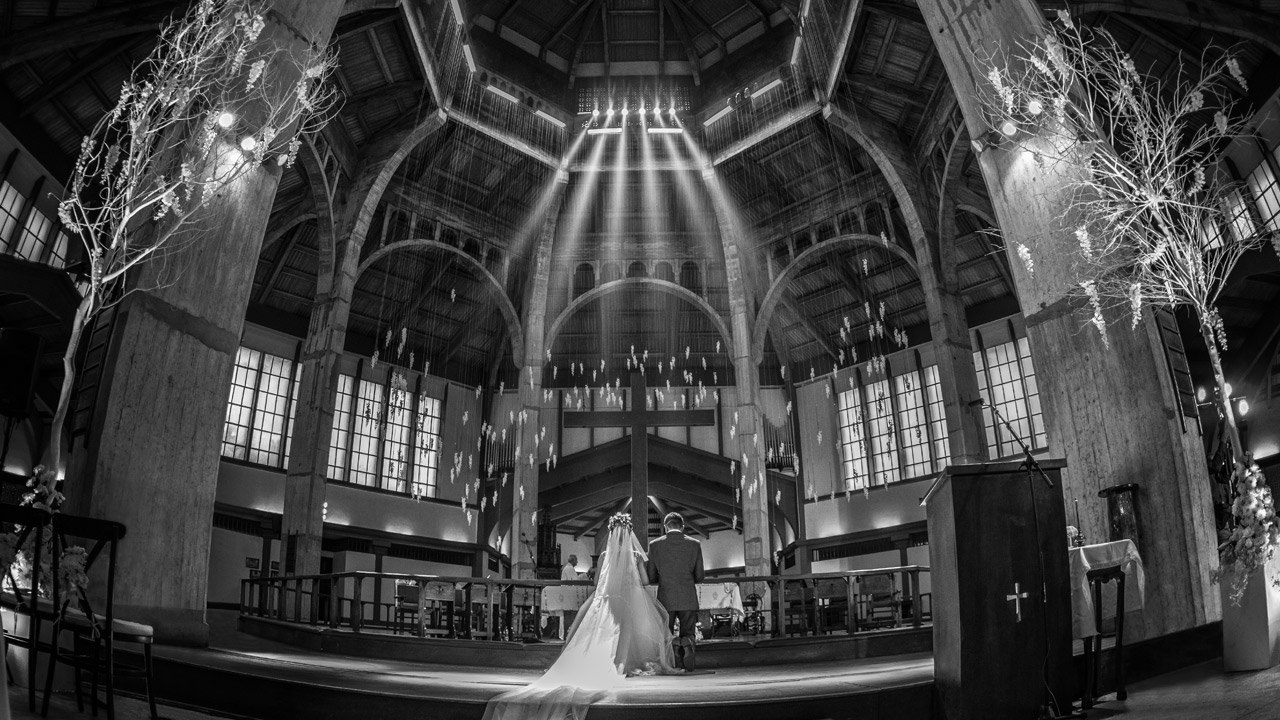 The Complete Guide to Christian Weddings

So, you finally popped the question to your Lady Love or you shouted a YES! when he went down on his knees with a ring. What next? Now starts the planning process for your Big Day already. However, you are not quite familiar with every little detail of the ceremony that is ought to happen under the followings of Christianity or you are just as interested to gain a deeper insight into how these ceremonies take place in variance to your faith.

The diversity in cultures and religious convictions sure does make us unsure of certain rituals and traditions that hold a greater significance on the union of two souls. How will you know what to exactly expect apart from walking down the aisle and exchanging vows?

Here’s a complete guide to all you need to know about Christian Weddings. Let the hymns begin!

They say a wedding is one-day, but a marriage is for a lifetime. And this is exactly why churches offer marriage preparation. The belief is that how much ever a couple has in common, both are individuals with distinct personalities, backgrounds, hopes and fears. To bridge the gap between the differing mindsets and how they could overcome possible obstacles throughout the course of their married life, the churches offer educational sessions for the couples in regard to marriage. These sessions may encompass broader topics such as communication, finance, sex, managing family & other conflicts as well as children.

Then comes the confirmation of vows – While you can always go along with the preset vows your Officiant provides you with, you can also make your own vows to exchange the sacred promises with your partner.

On a further note, the marriage will also be announced on three consecutive Sunday masses before the Wedding week and it is an open call for anyone to inform the Parish Priest if they disapprove of the marriage set to happen.

The ceremony commences with the seating of the family members of the to-be-married couple. The Bride’s family is usually seated on the left side while the Groom’s family take their seat on the right. However, guests may sit wherever they choose. The 1st 2 pews on either side are reserved for the bridal retinue & immediate family members. This may also include the members who have played an important role in their lives.

The processional is the most awaited part of the Wedding and this is complemented by any musical preludes or solos that should commence at least 5 minutes prior. Initiated by the entry of the Groom with the Best Man, this is then followed by the rest of the retinue where the Bridesmaids enter with the Groomsmen followed by the Maid of Honour escorted by the Best Man (in case he does not enter with the Groom). And at last, the little Flower Girl and Ring Bearer enter.

The Wedding March – A Walk to Remember

Eventually, while the Groom awaits at the altar, the Bride, hand-in-hand, with her father, steps foot to walk down the aisle. It is important to note that the Bride comes holding the right hand of whoever gives her away. This way it is easier for the Groom to take the place of that man when the Bride comes up to the altar. The Bride’s mother stands up as a notion to all the guests to stand.

The Pledge to be Together Forever

When everyone is settled at their respective places, the Officiant makes the opening remarks: “Dearly Beloved, we are gathered here today…” or any other words that deem welcoming and expresses the importance of love and marriage. After the invitation to worship God, the ceremony then transitions to The Opening Prayer which includes thanksgiving and a call for spirituality and blessing.

Following this, the congregation is requested to be seated and the giving away of the bride takes place and a sample of this may exemplified by “Who gives this woman to be married to this man?” which may be answered by the Bride’s parents saying “We do” in unison.

The Officiant then addresses the couple and briefs them on the meaning of the vows to be exchanged and may also highlight the duties and roles in marriage. Subsequently, the wedding vows are then exchanged and as mentioned earlier, the couple may repeat the traditional and familiar vows or recite the ones created by themselves. With this, the couple then exchange their wedding bands and the Officiant pronounces the Wedding official by saying, “I now pronounce you husband and wife.” And at last, the moment everyone had been waiting for arrives – the first kiss as a married couple.

The Officiant concludes the ceremony with closing remarks with a few words to bless the couple a happy married life. The last step of the ceremony is the Recessional – the reverse of the processional where the newlyweds exit the venue together. The Wedding March by Mendelssohn is generally played at the Recessional when the new couple come down the aisle to exit the church as Husband & Wife.

Some couples adopt specific traditions to add more meaning to their Big Day and this includes the lighting of Unity Candles. Not necessarily being a part of Christian Weddings, the couple together use these two candles to light a third, larger candle and this not only symbolises their unity as they start their new journey of life together, but also represents the joining of two families with a love that burns as bright as the flame.

Traditionally, we have spotted Brides adorned in an elegant white dress. But what does this signify exactly? Well here it is! – It is most often depicted to be the wife’s purity in heart and life and also considered to be an image of righteousness.

Today many Christians have deviated from the practice of getting married at their place of worship and more often choose to get married in much different surroundings. This affects the sanctity of the Ceremony.

The Christian Weddings usually have a Reception at the end of their ceremony. Their celebration part is often a grand affair where the couple is often welcomed with a lot of confetti or sprays. The couple then cuts their Wedding Cake and feed each other while the party also includes offering toasts to honour the newly-married. The celebrations come to an end with a feast and dance.