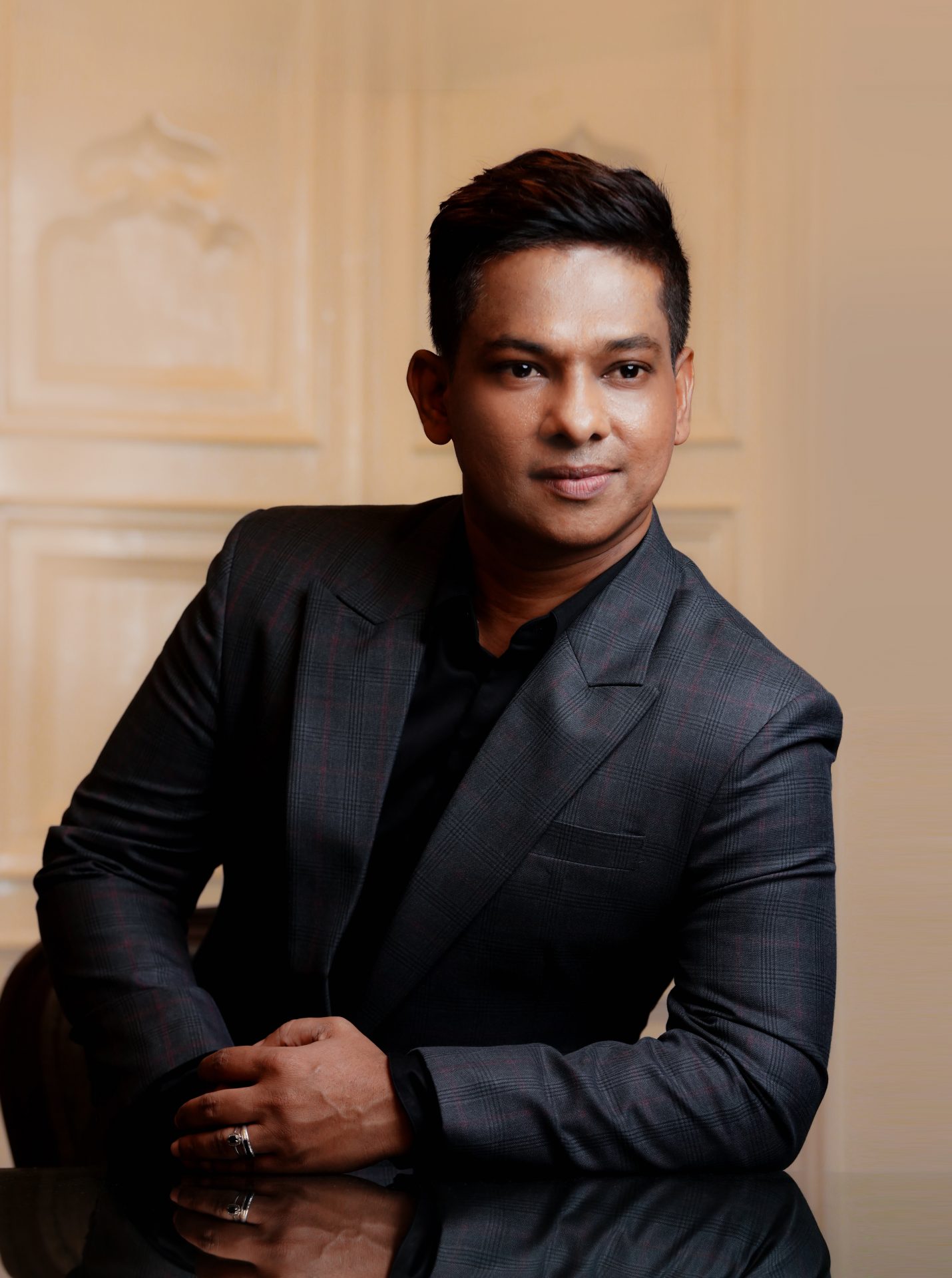 Being a humbled soul, yet a strong definition of success and perseverance, Nuwan’s whimsical styling wonders are a hot topic among the brides. An enthusiastic trainee who turned into an industry A-lister, Nuwan is known to be a dreamer who finds inspiration from within.“Back then, to be a part of the beauty industry required a certain standard and I was told I did not have the capability to flourish in the field. It always comes down to believing in yourself when disapproval is stamped on your dreams. I was deeply affected by the negative comments and rejections. However, at one point, I muted the obstructive remarks and devoted myself to exploring and learning about the industry. I started at the lowest level where I had to make tea and tidy the workstation while I was offered on-the-job training.”

We think he is a fine portrayal of how perseverance gets you where you want to be. Well, read on to uncover his full story! Psst! Meanwhile, make sure you watch out for some tea about Dinakshie and Saranga’s wedding! 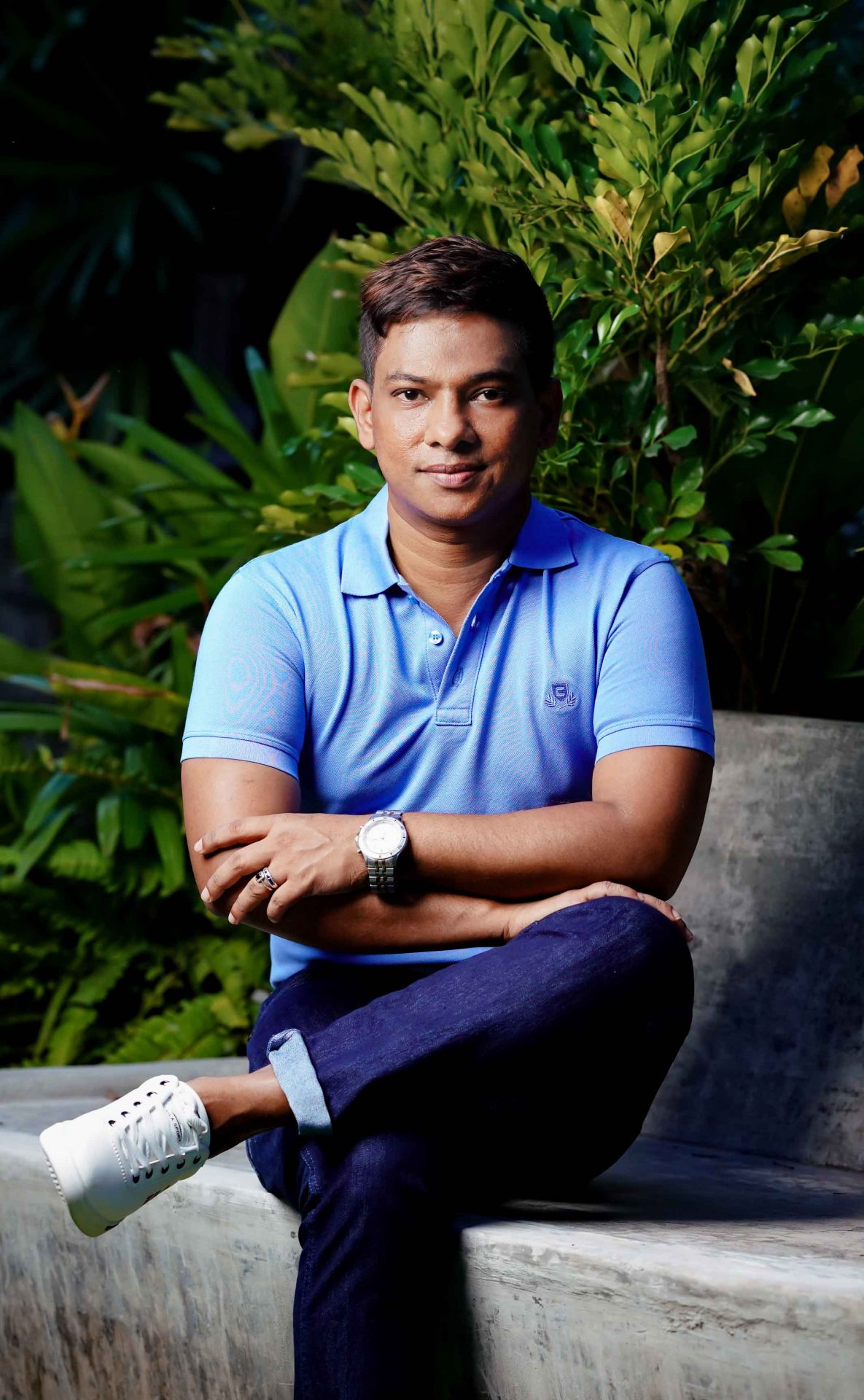 Before venturing out into his dream career, Nuwan followed his interest in dancing for a significant part of his life. When he was 28, Nuwan took a leap of faith towards his career’s stepping stone by joining Capello Salon in 2005. While he explored the tips and tricks of the beauty industry as a trainee under the guidance of Romesh Atapattu and his senior staff, the aspiring dresser was budding with love for fashion and beauty. After gaining valuable experience under the expert, Nuwan was welcomed with open hands to Salon Kess where he grew as a professional in the industry.

To date, he extends his gratitude towards his mentors, Romesh and Wasantha De Silva, for paving the path towards his remarkable career.

Nuwan has always been drawn to the fashion and beauty industry. And, gradually, he found his calling and purpose tied to it. He has been a regular participant in fashion and bridal shows, which provided him the opportunity to work with many celebrated personalities, including Brian Kerkoven for his fashion shows.

He believes that the experience he gained in his beginning years gave him the strength and inspiration to carve out his own niche in the industry. Alas, Nuwan says 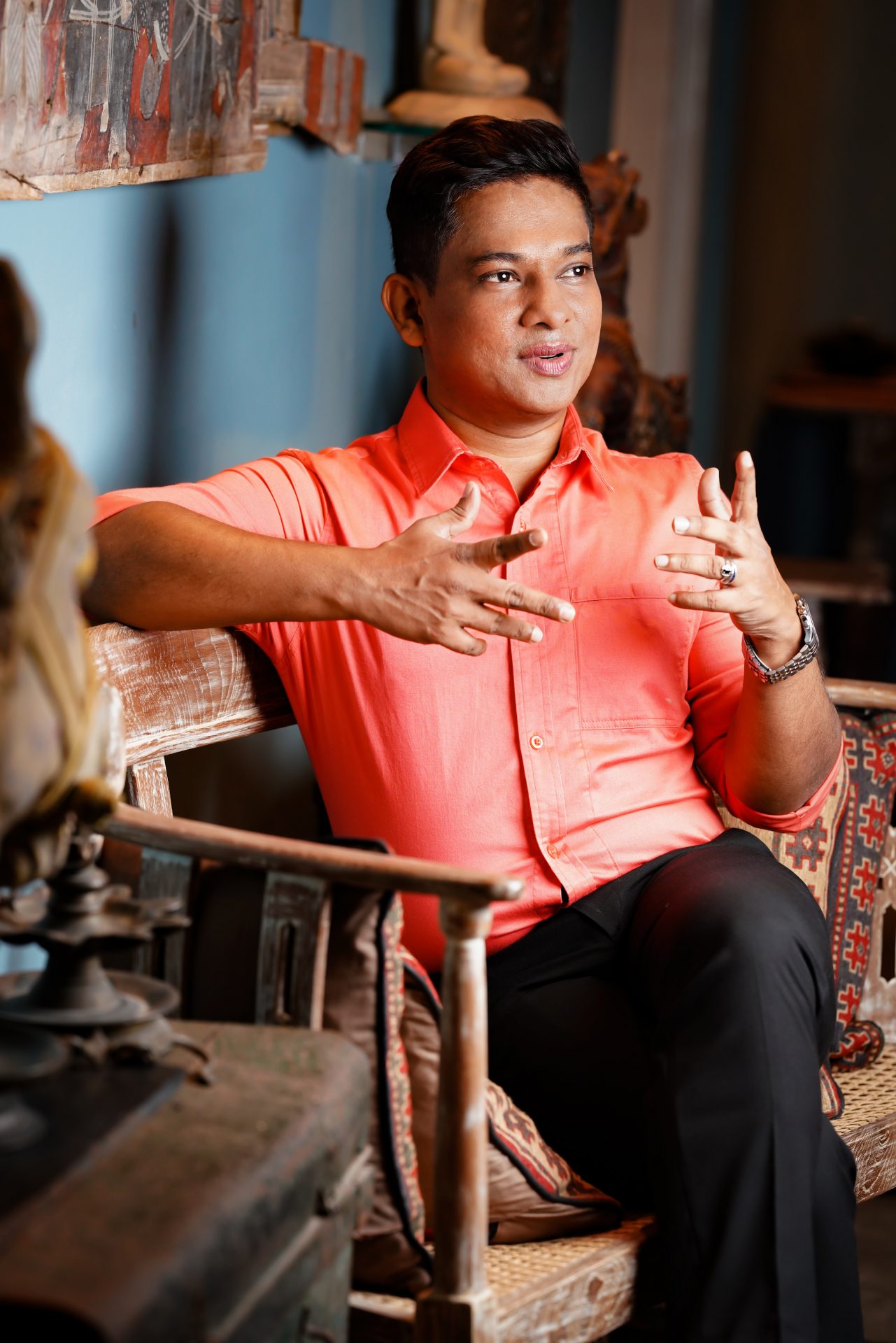 the journey has not been just a bed full of roses. Criticism and discouragement have been a part of his success story. The humbled stylist claims that his achievements were not attained overnight. It had taken him unwavering commitment as well as dedicated hard work to build the career he desired.

Despite having his share of ups and downs, he chooses to cherish the beauty of the positive events and reminisces the immense support he received from his parents, sibling, and close friends.

Diving deep into his work life, the thriving MUA relies on creating personal connections with the brides to make them feel comfortable and confident to work with him. His favourite part of the job? Watching the bride feel overjoyed and poised to walk down the aisle as she admires her final wedding look! On a side note, he is often sentimental when the bride’s parents have a look at her and watch their little girl ready to be wed. The rapport he has built with his clientele has been extremely genuine and strong that they patronize his salon to date owing to the sincere bonding.

He denotes that no two brides are identical. Thus, he does not have a specific signature style. In his opinion, a perfect bride is the one who radiates with her glowing, inner beauty and wears her confidence in her sleeves, as her eyes brim with love for the person she walks down the aisle for. 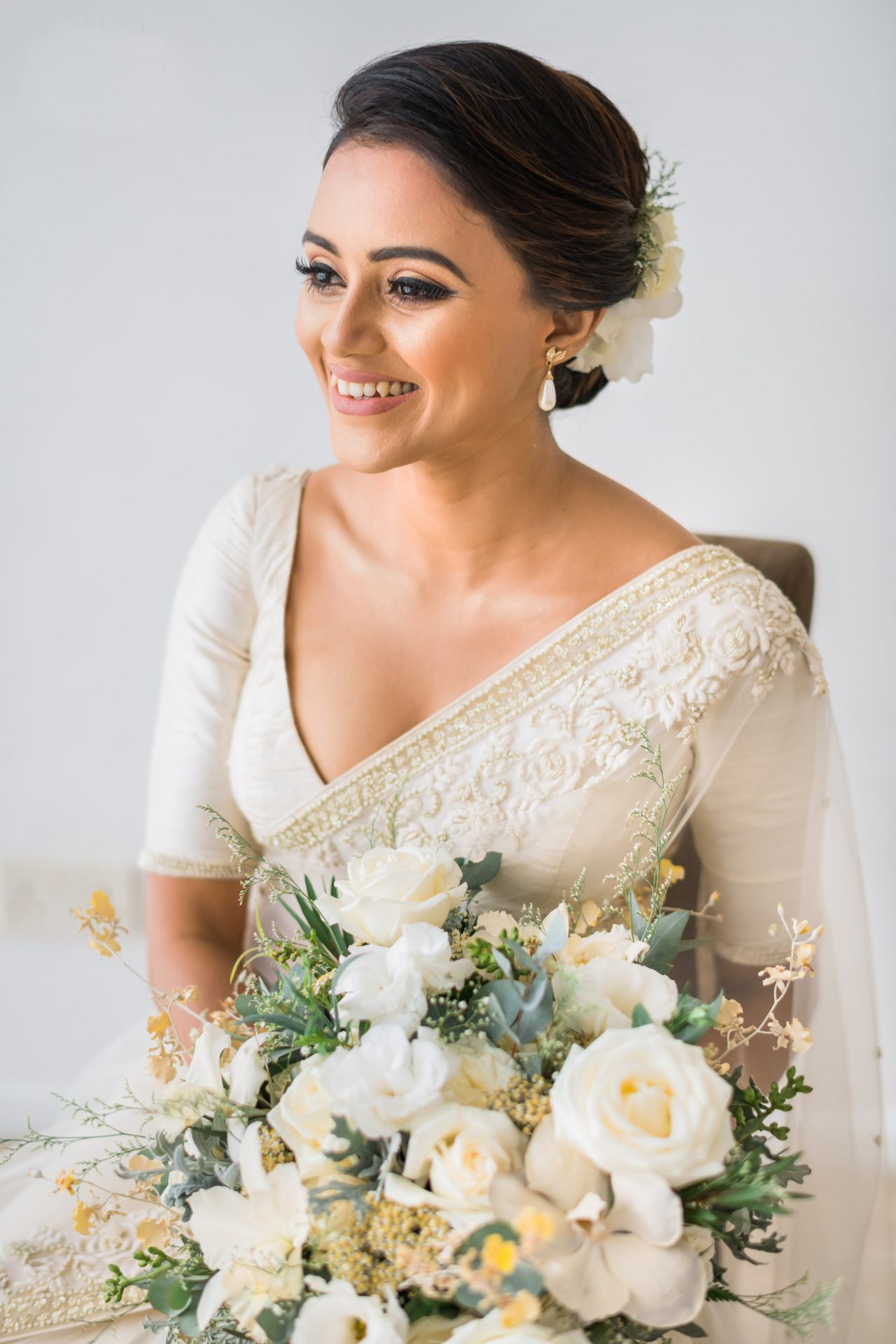 Remember the adorable couple’s wedding pictures that recently created a storm on social media? As much as we were in awe of the two lovebirds, we bet no one could deny that Dinakshie made a wonderful, happy bride. From her charming, magnificent wedding gown to her preference for a classical Kandyan to adorn herself with during her poruwa ceremony, the new bride shone with admirable beauty.

Styled by none other than Nuwan, Dinakshie’s pre-shoot looks were nothing but lit! The bride was keen on wearing a simple, embroidered saree made in India for her Sabyasachi-inspired shoot. She decided to go ahead with a pallu that cascaded down her arms. Trusting Nuwan’s gut, the actress opted for a plain, charming gown, inspired by the 1970s fashion, for her western pre-shoot. Her wedding look was nothing but plain and charming as she bedecked herself in a simple, soft saree – again dressed by our favourite go-to stylist. The bride’s team picked minimal jewellery to bring out her true natural beauty that would not be over-shadowed by exceeding bling. 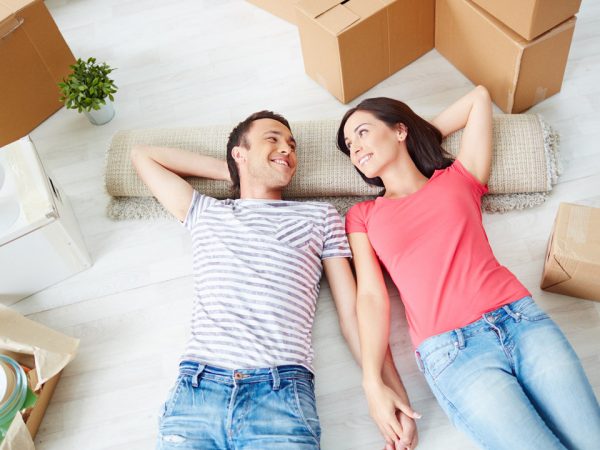 25 Essentials for Your Wedding Registry 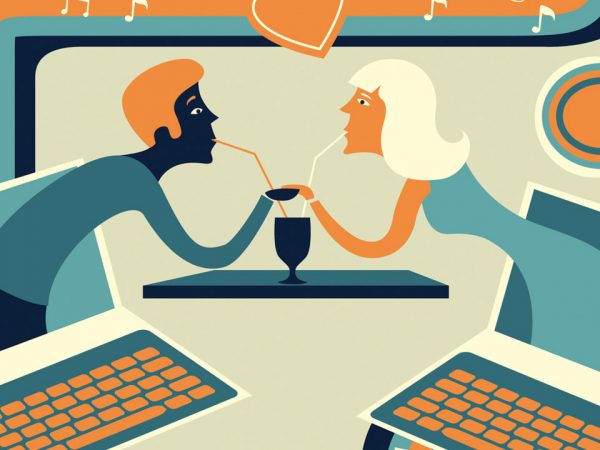 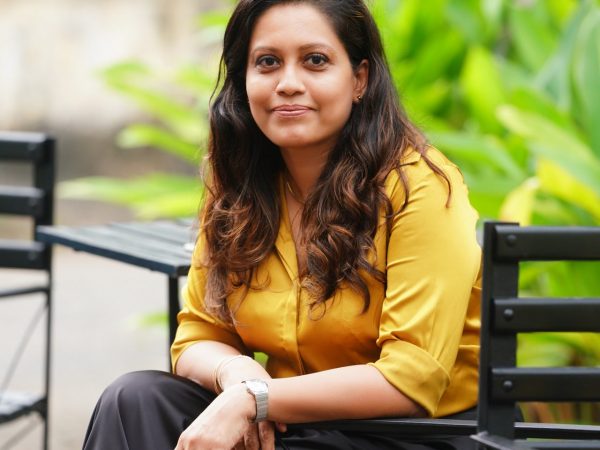